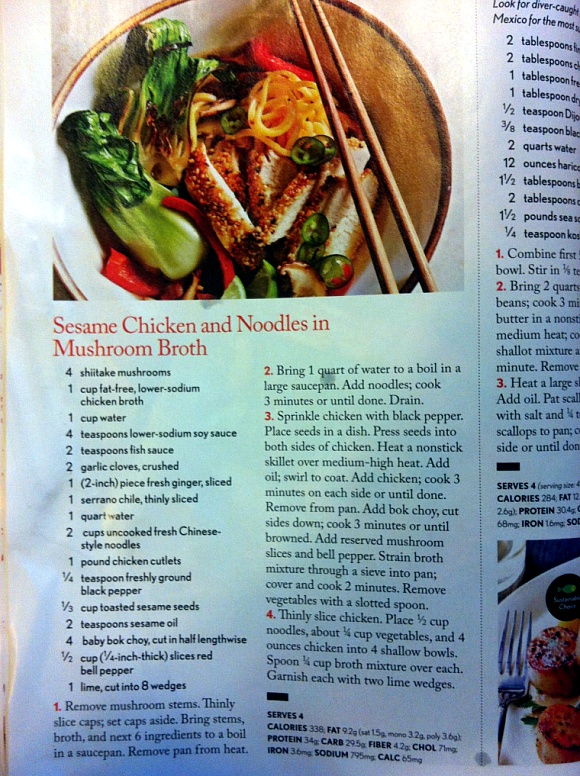 I subscribed the magazine “Cooking Light” and I love the recipes they have!
The other day, I saw this recipe from September issue.

I wanted to try so bad~! 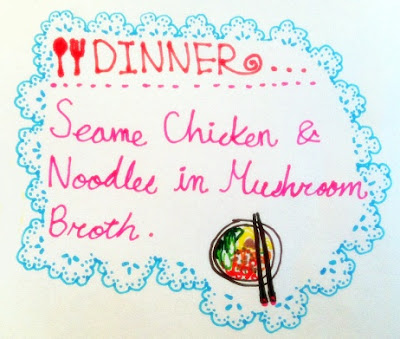 I know, I know, my cursive isn’t the prettiest one. I’m still working on it! So don’t make fun of my cursive! lol
So it became to our dinner menu that day. ^-^
Even though I didn’t have all those ingredients it calls, I just made it anyway. Because I had the main ingredients.

I made the broth first as the recipe said. Then started cooking chicken.
Just simply seasoned the chicken with salt and pepper then coated with white&black sesame seeds. 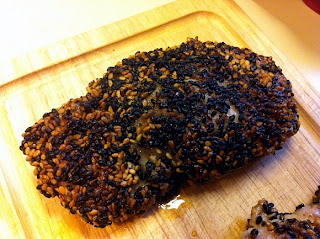 While the chicken is resting, I prepared the vegetables.

The original recipe called chicken broth but I didn’t have it. So I made the broth with “Yeon Du” (Korean natural vegetable seasoning, Click the link below to read more about Yeon Du)
http://seonkyounglongest.blogspot.com/2012/07/meal-time.html 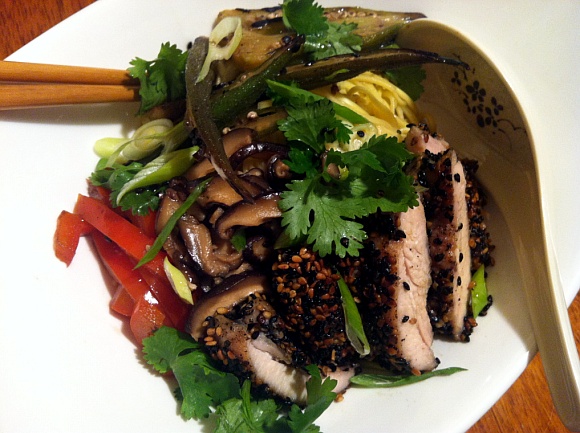 This is my final product, and we enjoyed it~! ^-^
Jacob really liked it! Especially the mild flavor and crunch sesame chicken!
Even though I didn’t have all the ingredients, I made it work!
And add some other ingredients I like or I think it will goes well together.
As I always telling you, Be Creative in Your Kitchen and Have Some Fun!

Love you all & bless each one of you~!!
Sesame Chicken and Noodles in Mushroom Broth was last modified: April 19th, 2013 by Seonkyoung

Shrimp and Grits / Chicken and Grits...

I'm a foodie traveler here to inspire you on all Asian cuisine. Join our 4M+ community & welcome to the club!